1929 Durant D60 Express Wagon
This car, when purchased new, was only a "cowl chassis" which meant it was not built with a body. It was then taken to a concern in Mifflfinburg, PA to have this Express Wagon body installed.

When the original owner passed he willed it to his sister. She in turn passed it on to her nephew, (the original owners nephew), who only drove it in parades. In 1991 it had about 56,000 miles on it so the engine was removed for overhaul, all the brakes rebuilt, clutch rebuilt, new tires, and some paint touch up. 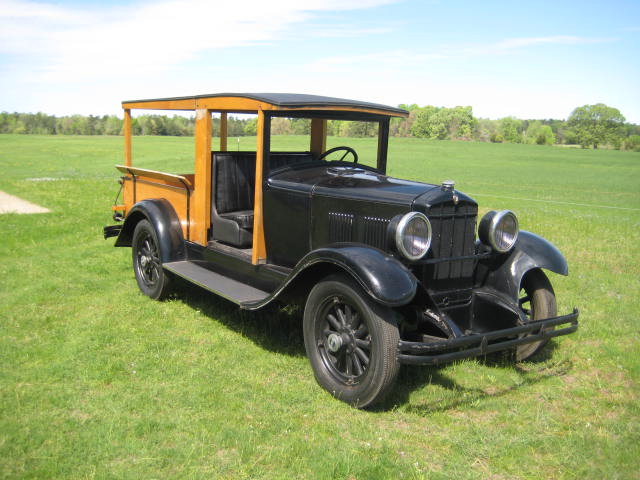 The engine was bored .040, new valve guides, the crank turned .010/.010 with new FM bearings and new connecting rods. There it sat for 21 years until 2012 when the son of the previous owner sold it to settle his dads estate. The car had been stored in the basement of their house with some other cars. When one of the other cars was sold, the buyer also took all the loose parts he could find including the windshield for this Durant and many of the engine parts.